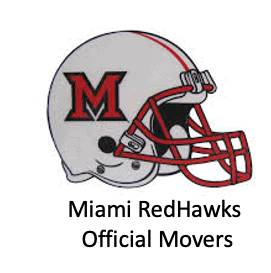 Herlihy Moving & Storage has been moving Ross County families since 1920. As one of Ohio’s oldest moving companies, we are gratified to work with customers like Jose D., who called on us to help him move from Chillicothe, Ohio to Jackson, Ohio.

Chillicothe is the only city in and county seat of Ross County. Located along the Scioto River in Southern Ohio, it was the first and third capital of Ohio. Today, it has about 22,000 residents.

The seat of Jackson County, Jackson is home to more than 6,000 people. The Southern Ohio city was named for President Andrew Jackson.

After our Chillicothe-based moving team finished unloading Jose’s furniture and other belongings at his new home in Jackson, he wrote to commend them for their courtesy, punctuality and efficiency.  “Fantastic crew!” he said. “They were professional and made the move easy.”

We appreciate your business and the great feedback, Jose! Best wishes as you settle into your new home in Jackson, Ohio.

Looking for a professional, reliable Chillicothe Ohio moving company serving Jackson, Ohio? Contact us today to experience the Herlihy Moving & Storage difference. As one of Ohio’s oldest moving companies, we have moved thousands of families and businesses within Ohio, across the United States, and around the world. We’re BBB accredited and Angie’s List approved. And, as a locally owned and top-rated agent of Mayflower Moving serving Chillicothe, Athens, and Columbus, Ohio, we have the resources to move you, no matter where you need to go.